In general, match holders are metal boxes in which matches were stored, provided with an abrasive surface to light the matches. A match holder is also a matchbox in a slice or grip. As matchboxes were frequently used, the wooden boxes suffered so much damage that soon they couldn’t be used anymore for striking the matches. As a cure, the box was put into a slice. There are holders not only for matchboxes but also for matchcovers (folded cardboard covers with break-off matches provided with a striking place to light the matches).

History of the match holder

The history of the match holder starts in the 19th century. When matches were invented in 1830 people immediately tried to think of how to transport these “dangerous” things. The first match holders were produced as early as 1835 and were made of wood; later iron and other materials were used. The simple match holders were made for the common people. Only the wealthy could afford expensive holders (made of silver and richly ornamented).

Many different types of match holder can be found, such as Vesta cases, 3-piece boxes, trick or puzzle boxes, the candle in a box, grips, slides, holders for bookmatches, stand-alone holders and wall-mounted holders. 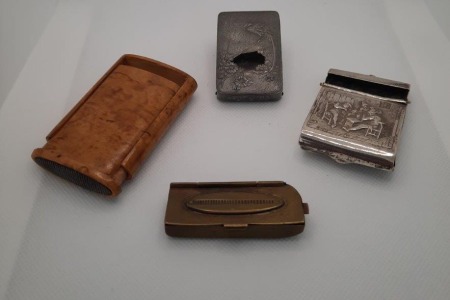 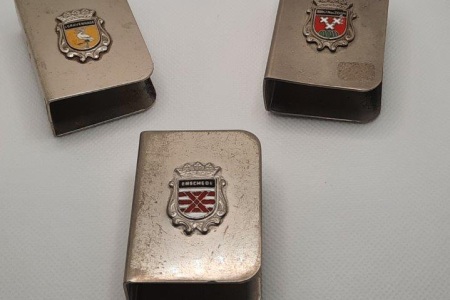 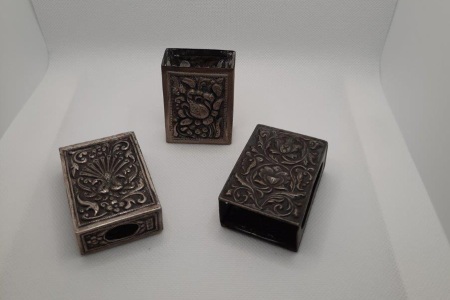 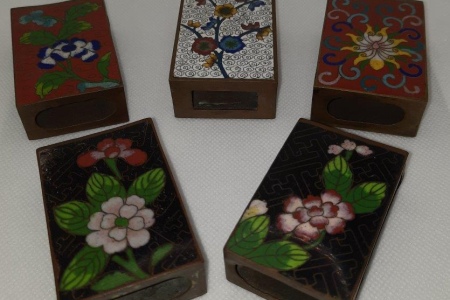 Cloisonné matchbox holders (made in China between 1920-1940 for Europe) 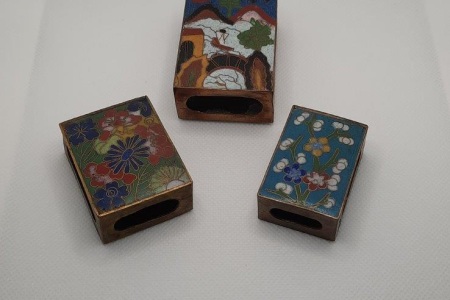 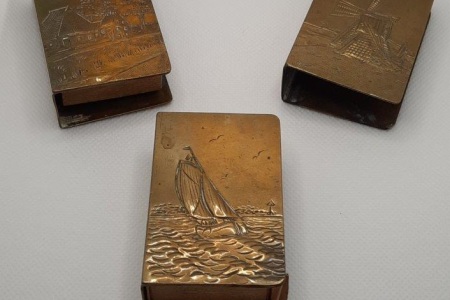 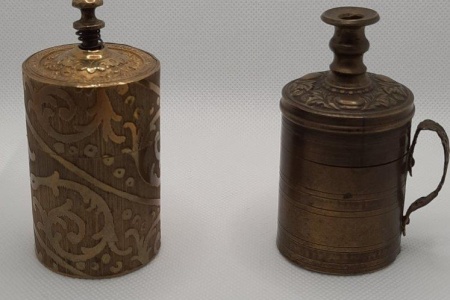 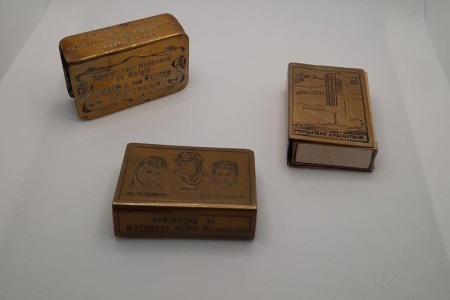 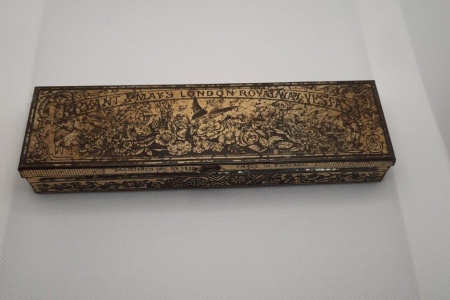 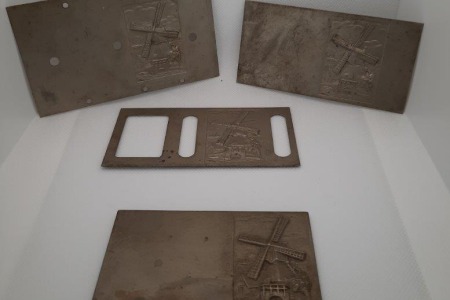 Samples of items to produce a matchbox holder 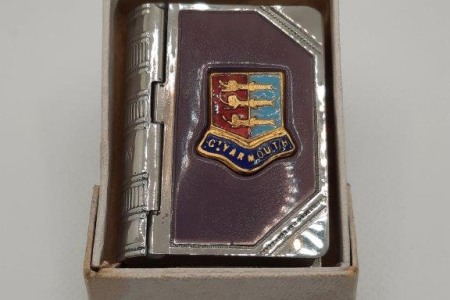 English matchholder for matches and stamps in original box 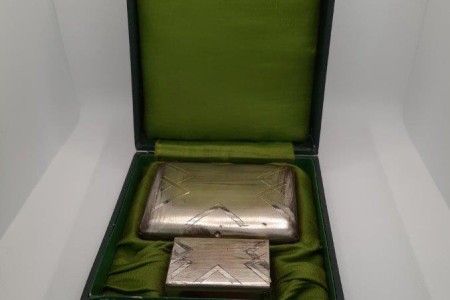 Complete box with matchbox holder and cigarette holder
Click here to return to the Exhibition Catalogue.